The company's most important highlights

The company DEM Barcelona S.L., which is headquartered in the region of Bages, began its internationalization process in 2015 by legally constituting its subsidiary DEM Welding S. de R.L. de C.V. in the state of Puebla (Mexico). To date, significant sales work has been completed and the necessary resources have been fine tuned in order to begin production operations in Puebla at the beginning of 2017. The goal is to be able to equip DEM Welding with the material and human resources to provide services to meet the needs of our automotive sector customers in North America (Canada, United States and Mexico). Our customers include top OEM manufacturers such as Audi, BMW, Volkswagen, General Motors, Seat, PSA Group, etc. as well as third party manufacturers like SNOP, GESTAMP, GEDIA, etc. We also produce components for ARO, NIMAK, SERRA, etc., which are top international welding clamp manufacturers. Top... 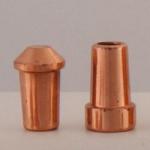 We have the necessary technology for electrodes and special CAPS stamping (deforming without material loss). By means of the material deformation using dies (cold forming) we can make the most of the material: The material saving allow us to reduce the cost of the piece and, consequently, brings down its sales price. The bigger the series is the grater the saving. 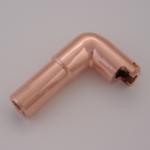 In DEM we are able to bend the copper (Cu) bar/rod up to 90º with a minimum radius; this cold forming is the result of the application of our own technique developed by our Engineering Team - that is not based on the classic process of bending; the result is the large part that appears on the photo. Previously, this type of pieces could only be made from plate or casting. Which are the advantages of cold forming resistance welding consumables requiring a 90º angle? When working the bar material with this technique, we achieve a homogeneous continuity in the material fibres along the whole piece. The cold forming also allows us to replace the shank adapters that are welded to the end of the arms. The result is a single piece. With the conventional bending process there is a need to weld the two pieces together. With the cold forming process, we eliminate the risk of leaks from... 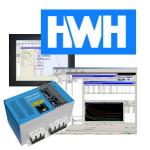 In 2012 DEM started to represent and distribute the product range related to welding controls and resistance welding of the German company Harms & Wende. We also deal with the customer service in relation to damaged goods or frequent asked questions. Harms & Wende is a German company which designs and produces a wide range of electronic components and machinery used in resistance welding, spot friction welding and microwelding. It is a leading company in the sector and devotes a high percentage of its workforce to research and development. We invite you to know more about Harms & Wende and their products at http://www.harms-wende.de/en

Read more
We use our own and third-party cookies to produce usage statistics and improve our services through the analysis of your browsing habits. You can change the configuration or obtain more information here.